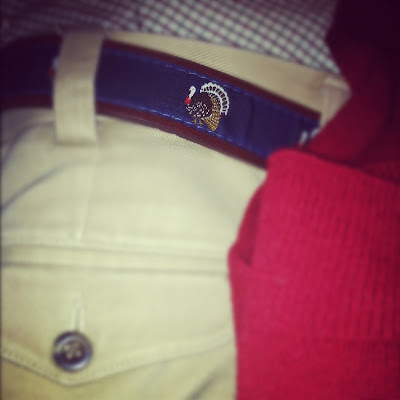 Screw the other turkeys. I wanna fly.
Posted by tintin at 08:39

finally made my way over to Les Halles. great place... you should do more restaurant/bar pieces.

no hype- And less on late '60s / early '70s cultural references? I like Les Halles a lot too. Glad you enjoyed it.

Franklin wanted this species as the U.S. official bird...it is...right next to the stuffing and cranberry.

Main Line- Did you ever read the book about Franklin's deal with the England during the war? A U of F histy prof in the '80s made the argument BF cut a deal with the crown and was a spy known by a code #.

History documents there was a spy known by a code # but no one has ever been able to prove who it was. Only that they were highly placed within the colonies. Amazing book. In the bottom of a storage facility in NE FL. I gotta get back down there.

Nothing I type can improve on this.

(just in case nobody saw your previous KRP link)

you know, it is a damn beautiful bird, i can see it on a three dollar bill.

Randy- your vid is better than mine.

@tintin I certainly enjoy those posts too... I just want new places to go eat/drink!

This is pretty sharp.

Michael- There's a lot going on here but I don't think anybody got it.