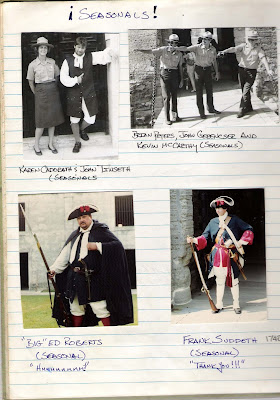 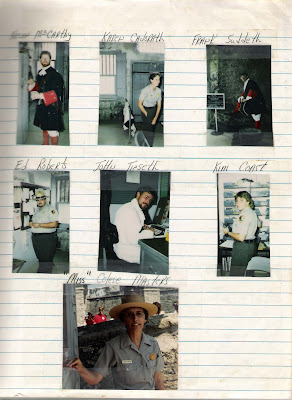 You had to work as as 'Seasonal' ranger in order to get a full time position. These were usually at parks where visitation was heavy during Summer. I did three seasons during college at the Castillo de San Marcos in St Augustine. After the Army, it was the only job I had where time off was spent with the people I worked with. Odd that the two lowest paying jobs were the happiest jobs -- The soundtrack of that Summer of 1983 didn't hurt.

Wow. Summer of 82 my dad was stationed in Jacksonville on the way to sea duty. We visited Castillo De san Marcos. I have about 3-5 pics of Mr Suddeth. I thought his uniform and rifle were the coolest thing Ive ever seen. Hahaha wow all these years later its funny to see his image again and suddenly know the name behind the picture.

Big Ed! Do you ever hear from him? Just love a man in uniform! DMW

I wouldn't say my happiest jobs were the lowest paying ones but I know where you're coming from. I somehow was able to save for trips to Europe and other places on the meagerest of incomes. No family to support, no mortgage, no house repairs, no car payment, no child support, no 401k: yup that all helped.